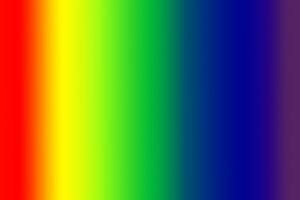 Colour exists on a continuum, and yet human language is surprisingly consistent in how it categorises colours.

END_OF_DOCUMENT_TOKEN_TO_BE_REPLACED

One of the most distinctive characteristics of Homo sapiens is our exceptionally large brain, and enhanced cognitive capabilities. In fact, large brains, measured by the encephalisation quotient (EQ), are a characteristic of primates in general, and brain size and complexity has been increasing in the primate lineage for nearly 70 million years. However, this trend is particularly noticeable in the human lineage, and the last 3 million years of hominid evolution have seen the most pronounced increases in encephalisation, with a tripling in brain size. Such a rapid increase in size is extraordinary, especially for an organ so complex. Some areas of the brain have expanded disproportionately, such as the cerebral cortex, which has increased in size by 3 orders of magnitude since our divergence from Chimpanzees. The cerebral cortex accounts for around 85% of total brain volume in humans, and is responsible for complex mental functions.