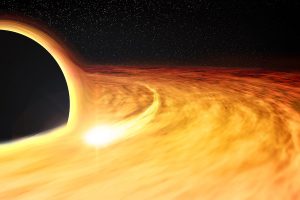 When I was young, Pluto was still classed as a planet and nine was my lucky number; so I really liked that we had nine planets in our solar system – it made it easy for me to remember. My love of astronomy out-lasted Pluto’s status as a planet, and as I write this I am actually wearing a solar system necklace; each planet is represented, yet it only has eight planets on it.

I miss Pluto. I feel the loss especially when the children I do outreach with in schools ask me ‘Where has Pluto gone? What happened to it?’, the children seem to think the International Astronomical Union (IAU) actually forced it out of the solar system physically rather than just downgrading it in name to a ‘dwarf planet’ in 2006.

So when I saw a new research paper1 uploaded online that was called ‘What if Planet 9 is a Primordial Black Hole?’, my interest was piqued. At the time I didn’t know that there was a theorised ‘Planet 9’ at all. And my only knowledge of primordial black holes is that the newspapers said the Large Hadron Collider would create them on Earth when they turned it on back in 2008 (thankfully it did not!)

It turns out ‘Planet 9’ has been theorised since 1906, but back then Percival Lowell who was looking for it called it ‘Planet X’. It is thought to have an elliptical orbit and at the furthest point of it’s orbit it is 13-26 times further away than Neptune is from the Sun. This planet, although never observed, would explain the strange orbits of minor planets in our solar system beyond Neptune, like Pluto, Eris, Makemake and Sedna.

As the ‘Astronomy Public Engagement Leader’ at the University of Southampton, part of my role is to talk about my own research into Supermassive Black Holes, and talk about how we detect them by looking for the electromagnetic radiation that is detected from material near the edge of the black hole. Luckily, the idea of black holes and the weird goings-on near their event horizon really excites peoples’ imagination.

I love talking to people about black holes, but one of the most popular questions I get asked is ‘where is the nearest black hole to us?’ and I always feel bad saying ‘We don’t know’. The problem is that as well as the supermassive sized black holes there are actually many smaller, stellar-sized black holes dotted about inside our galaxy, but unless they are ripping material from nearby stars they don’t give off any radiation that we can detect, so we just don’t know they’re there.

Despite being difficult to detect, we know that Black holes exist, it has been scientifically proven. Nothing else in Physics can describe what we observe. For example, there are 6 stars orbiting the centre of our very own Milky Way galaxy and you can see these with powerful telescopes such as the Keck Telescope2. However, the central object these stars are orbiting around cannot be detected; it is invisible. Astronomers can measure the speed of each of the stars and, using Newton’s Laws of Universal Gravitation, they can calculate that this central, invisible mass, must be at least 4 million times more massive than the Sun. There is nothing in Physics that can be this massive and not emit any radiation, nothing except a black hole! So they simply must exist.

The fact that there is a supermassive black hole that exists at the centres of all galaxies is quite an intuitive concept. You just need to look at a photo of our nearest neighbour galaxy – the Andromeda galaxy – or any other spiral galaxy that takes your fancy, and it is easy to imagine the billions of stars all swirling around the black hole at the centre.

But – returning to our own solar system, and the theoretical planet 9 –  what is a primordial black hole (PBH) and what would that look like? And how can there be one of these in our solar system that we have never detected?

In order to create a black hole all you need is an area of space with such a high density of matter that it collapses in on itself. In the early Universe there were many regions where the density was higher and these black holes could have formed. Unlike stellar-sized black holes, primordial black holes are not thought to have been created by a collapsing star, because they are so old they predate the existence of stars themselves.

It turns out this PBH hypothesis is just one of the many possible explanations for what ‘Planet 9’ might be. Alternative ideas are that it’s just an extremely distant, massive planet that we are yet to directly observe, or that it doesn’t exist at all, and the strange orbits of the minor planets beyond Neptune can be explained by a clump of icy rocks3.

Whatever it is, the fact remains that astronomers have been trying to detect Planet 9 since 2014 when it was first hypothesised and they still haven’t been able to detect it now (in 2020). As more time goes on with no direct observation of this illusive planet and no detection of any radiation from that region, the more likely it seems that there could indeed be an invisible, primordial black hole lurking in our very own Solar System. 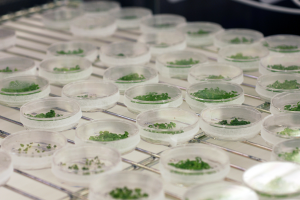 Genetically modified organisms (GMOs), especially plants, get a lot of hate. People – even some very environmentally conscious people – seem to fear or hate GM crops. Yet, as someone who is very worried about climate change, very worried about the human-induced mass extinction event that is happening before our eyes, and worried about the livelihoods of farmers and about those people that have so little food they go to bed hungry every night, I see GM crops as part of the solution, not something to fear. So I wanted to address some of the big myths about GM crops you see discussed on the internet and evaluate whether there really is anything to all the anti-GM hype.

END_OF_DOCUMENT_TOKEN_TO_BE_REPLACED 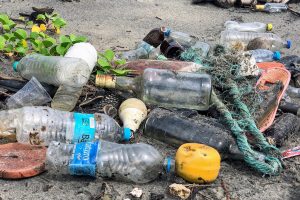 Humanity could vanish from the Earth right now, and our legacy would still linger for a thousand years. The world is waking to the reality of anthropogenic climate change, but that’s not the full story when it comes to how we’ve remade this planet in our image . Our obsession with plastic has flooded our environment with millions of tons of plastic waste, and every crevice of the planet is now filled with plastic fragments, small and large.

END_OF_DOCUMENT_TOKEN_TO_BE_REPLACED

A guest post for Curious Meerkat by Emily Folk.

Have you ever considered a world without elephants? This is a world we’re heading toward with the profound level of poaching that has occurred. As a result of almost institutionalized poaching over many decades, we have decimated the population of wild African elephants to between 400,000 and 600,000 individuals.

END_OF_DOCUMENT_TOKEN_TO_BE_REPLACED

I’ve previously blogged on the topic of edible insects, so I was thrilled to hear from Ghergich about their new blog and infographics on the subject. It is great to see real recipes using insects as an ingredient and I’m pleased to see how far the industry has progressed since I wrote my original post. So here’s a guest post for Curious Meerkat by Tafline Laylin for Ghergich.com, with a special introduction by Kaitlyn Blakeley. This article was originally posted on Fix.com.

Thinking about ways to increase your protein intake? You might want to think about bugs.

Yes, that’s right, we said it: Edible insects are an environmentally friendly addition to your dinner plate. How are they environmentally friendly? For starters, they need less water and less feed than traditional sources of protein. They also don’t release the same amount of greenhouse gases and don’t have the same troubling welfare issues as other animals that are harvested for their meat.

END_OF_DOCUMENT_TOKEN_TO_BE_REPLACED 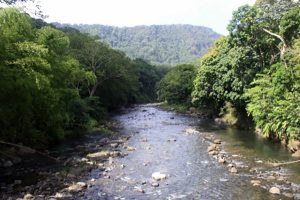 A Guest Post for Curious Meerkat by Erica McAlister

I have just finished four weeks of fieldwork collecting insects in Dominica. I can’t really complain about that except that the fieldwork did not follow my usual routine. Generally when employed at The Natural History Museum your fieldwork is either part of a general collecting trip hoping to find as much as possible (work with Dipterists Forum); part of a research focused group (me collecting flies from Potatoes in Peru); or part of a consultancy project (Mosquitoes in Tajikistan). However this trip was different, I wasn’t marauding around the countryside with collector’s glee, this time I had to teach as well as collect.

END_OF_DOCUMENT_TOKEN_TO_BE_REPLACED

A Guest Post for Curious Meerkat by Leon Vanstone.

Imagine you were alive thousands of years ago. Technology is primitive. Food is scarce. Life is tough. Wi-Fi signal is terrible. You spend most of your time foraging for food and what little spare time you have when the sun goes down is spent essentially doing science. Now this isn’t very advanced science, I’m talking about bashing rocks together, discovering fire, making spears, but nonetheless this is science and progress is slow.