I’d like to talk about a very important issue, very close to my heart, and one that I think needs greater public awareness – the definition of the word ‘bug’.

See, people think they can just throw the word bug around willy-nilly. Anything small, flying or irritating, is a bug. Any pest, is a bug. But what many people don’t realise is the word isn’t just a colloquial term for insect or invertebrate, it isn’t a synonym for shelled or armoured creatures, it has a real scientific definition.

The word bug refers to insects in one particular order – Hemiptera, or the True Bugs.

END_OF_DOCUMENT_TOKEN_TO_BE_REPLACED

The Ant Man movie doesn’t claim to be scientifically accurate (and it isn’t), but it does include a lot of “science”. And most importantly, the film is wrong in some really interesting ways. So read on for a critical appraisal of the science of Ant Man, from the perspective of an ant biologist (ex).
END_OF_DOCUMENT_TOKEN_TO_BE_REPLACED

Organic food is often sold as being the greener alternative. By not pumping toxic chemicals into the environment, we expect that organic farms should do less harm to our wildlife, health and the climate. But new research suggests that current organic farming practises are actually worse for the environment.
END_OF_DOCUMENT_TOKEN_TO_BE_REPLACED

Probably one of the most widely used and trusted of the alternative medicines are manipulative therapies such as osteopathic and chiropractic interventions. More than 30,000 people visit an osteopath every day, with complaints ranging from back and neck pain to headaches and even asthma. Both practices come with an expensive qualification and official licensing, and many people I have spoken to have simply assumed that these treatments are part of the scientifically proven body of treatments we know as ‘modern medicine’. But both chiropractors and osteopaths in fact practise alternative medicine.
END_OF_DOCUMENT_TOKEN_TO_BE_REPLACED

No. But they do contain some compounds that sometimes mimic female hormones such as oestrogen.

END_OF_DOCUMENT_TOKEN_TO_BE_REPLACED

Homeopathy. One of the most popular alternative medicines in the Western world, and perhaps the most widely misunderstood. The science against homeopathy, like the skeptics, is unequivocal. The British Homeopathic association list homeopathy as a possible treatment for long-term chronic problems such as eczema, chronic fatigue syndrome, asthma, migraine, IBS and depression, but numerous healthcare bodies agree there is no evidence that homeopathy is effective in treating any health condition.

END_OF_DOCUMENT_TOKEN_TO_BE_REPLACED 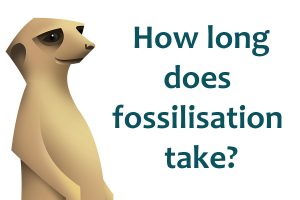 What is the minimum amount of time it takes to fossilise something? (asked by Nick)

Fossils are defined as the remains or traces of organisms that died more than 10,000 years ago, therefore, by definition the minimum time it takes to make a fossil is 10,000 years. But, that is just an arbitrary line in the sand – it means very little in terms of the fossilisation process.

END_OF_DOCUMENT_TOKEN_TO_BE_REPLACED 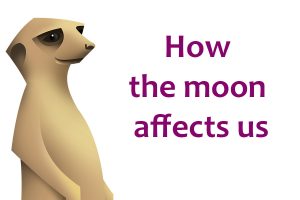 END_OF_DOCUMENT_TOKEN_TO_BE_REPLACED

In the UK, the Badger Cull has become a national news item, and has stimulated fierce public debate, campaigns, protests and petitions from both sides. Many impassioned articles have been written over the last few months and years, but in many cases, even reputable authors have been guilty of cherry-picking data to support their claim. Everybody seems to have an opinion on the UK badger cull, and this often obscures the real science that is being done to investigate this crucial social and economic issue.

For those of you who haven’t heard about it, the badger cull is a UK government policy aimed at reducing the incidence of bovine tuberculosis (Mycobacterium bovis) by reducing transmission rates from a suspected infection reservoir in the European badger (Meles meles). It has been implemented on and off since the early 1970s, despite legal protection of the badger since 1986.