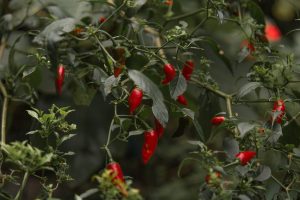 END_OF_DOCUMENT_TOKEN_TO_BE_REPLACED

Scientists have found the final missing link answering a long-standing question about how social behaviour evolves. New research shows that a social supergene in fire ants coordinates a host of biological processes and behaviours, that ultimately determine how sociable their colonies are, and who they choose to be their queen.

END_OF_DOCUMENT_TOKEN_TO_BE_REPLACED

“What Does DNA Want?”

The innocent question from a small child that caused the biological necker cube to flip for Meredith and Robert Root-Bernsteina, researchers at Oxford University and Michigan State University, whose ground-breaking paper appears in the Journal of Theoretical Biology today.
END_OF_DOCUMENT_TOKEN_TO_BE_REPLACED

Symbiotic relationships, where two organisms ‘live together’ and rely upon each other to survive, are surprisingly common in the animal kingdom. The more we look, the more we find. What is less common, or at least less well documented, is the occurrence of speciation events within these partnerships. A recent study has revealed the first documented case of the speciation of a bacterial symbiont, inside the cells of a cicada. Even more interestingly, scientists believe it may have been little more than an evolutionary screw-up!

Symbiotic relationships can be quite casual, or extremely intimate, and are literally all around you. And inside you. The mitochondria inside your cells are symbiotic bacteria that joined our cells billions of years ago. Mitochondria show a pattern that is common in such intimate symbiotic relationships – over millions of years, partners in the relationship each have a reduced genome, with a complementary set of genes. This in turn makes them even more dependent upon each other. Mitochondria have only about 37 genes, compared to 1000 in a free-living bacteria. They simply don’t need many of their genes anymore because their host cells carry them. This is known as relaxed selection – because both members of the partnership carry the genes, a mutation in a gene in one partner will probably have no effect. The other member still has a functioning version of that gene, so the organism as a whole shows no negative symptoms, and natural selection is blind to the mutation. Only when both copies of a particular gene are degraded will natural selection step in, meaning that over time random chance will degrade complementary sections of each genome.